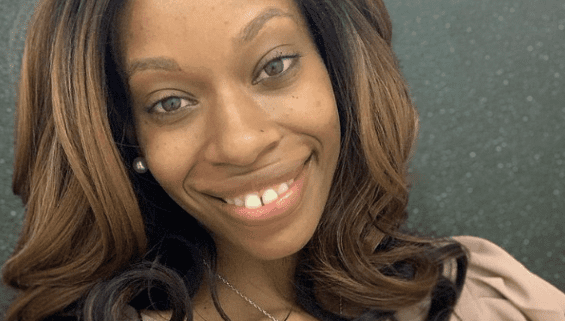 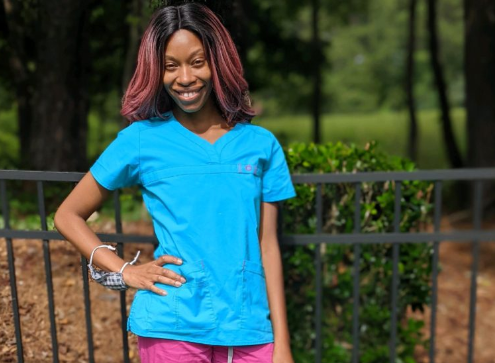 Quinecia Styles Smith’s education journey began with a roadblock that might have discouraged her from pursuing an education. But today, she is an award-winning teacher at Parker-Chase Preschool in North Peachtree City, Georgia after the Georgia Department of Early Care and Learning named her as a Scholar of the Year.

The award, which is in its 20th year and includes a cash prize supported by the Georgia Foundation for Early Care + Learning (GFECL), recognizes outstanding college students enrolled in an early childhood education program who simultaneously work in education.

“When you are a teacher by day and scholar by night, it can be challenging to achieve the right balance,” said Carrie Ashbee, Executive Director of the GFECL. “We hope these awards are a small way of recognizing the amazing commitment and dedication these early education professionals have to their students and families, both now and in the future.”

For Quinecia, the award was both an honor and a reminder of how she became a teacher.

When Quinecia started kindergarten, she had a speech impediment that made it difficult to express words.

“The words would just come out jumbled and sometimes blended with each other,” Quinecia explained.

At her kindergarten outside Atlanta, officials put her in a special needs class and gave her an individualized education plan (IEP). Her first experience in school was already becoming more about what her limits were, rather than what her potential could be. But that started to change when she met the first of three teachers who would transform her life.

Kim Stegall was a speech teacher who worked closely with Styles-Smith when she was 5 and 6. Through encouragement and positivity, Quinecia’s speech began to improve. Most importantly, she was gaining confidence and knew that she could make progress.

“She really invested time in me and made the effort to help,” Quinecia said.

When Quinecia reached the third grade, her speech issues persisted. But she met the second teacher who make change her life: Vicky Cash.

“She always told me ‘You can talk! You have so much potential, you just have to work hard.’” Quinecia recalled.

Ms. Cash was right because Quinecia quickly excelled. By the 6th grade, she tested into her school’s gifted program. And by high school, she had overcome her speech issues so well that she was in her school’s thespian club, performing dramatic monologues in front of live audiences. By the time she graduated – with honors – Quinecia was even considering an acting career.

But then the third teacher made an impact: Jeff Roper.

Mr. Roper, one of Quinecia’s high school teachers, always encouraged students to do things that would help others and change the world.

“He would say look for ways that would change the stars to make somebody’s life better,” Quinecia said. “I realized that it was teachers who made me feel important, validated, and empowered. That’s when I knew I wanted to be a teacher.”

Today, “Miss Nene” as her children know her, is the lead teacher for 3 and 4-year-olds at Parker-Chase Preschool in North Peachtree City, one of Endeavor Schools’ newest campuses. She has been teaching for eight years and is studying at West Georgia Technical College with plans to specialize in inclusion therapy, so she can help children who have similar circumstances to her while growing up.

“I want to be the one who children look back on and remember as somebody who changed their stars,” she said.

The Endeavor Schools team has no doubts she will do just that.

“We are so honored to work with a teacher like Nene who is devoted to each child and actually sees their potential,” said Danielle Millman, the Chief Growth and Experience Officer at Endeavor Schools. “She is an incredible teacher who is an inspiration to our community. She truly deserves this honor, and we are so proud of her and her achievements.”

For Quinecia, the award is an honor, but it’s also a reminder about the necessity of hard work.

“It means that I have to continue doing everything I’ve always done to get to this point,” she said. “I want to try harder and be more motivated to reach the next level. My next goal is to pave the way for my students to accomplish the same kinds of things. It’s a lot of pressure, but it’s also really special.”

Teachers Learn and Grow During Endeavor Schools’ Montessori of Alameda...
Scroll to top