An interview with Dr. Michaeleen Doucleff, author of ‘Hunt, Gather, Parent: What Ancient Cultures Can Teach Us About the Lost Art of Raising Happy, Helpful Little Humans’

Home » An interview with Dr. Michaeleen Doucleff, author of ‘Hunt, Gather, Parent: What Ancient Cultures Can Teach Us About the Lost Art of Raising Happy, Helpful Little Humans’ 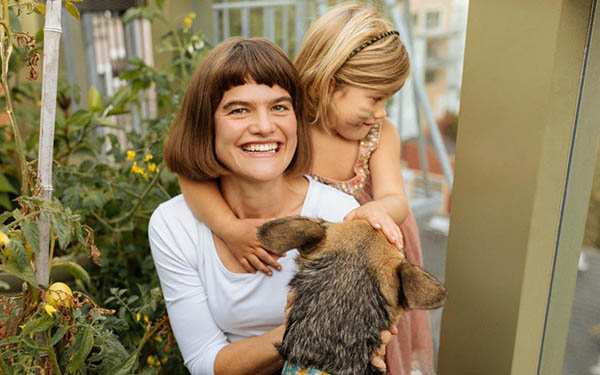 An interview with Dr. Michaeleen Doucleff, author of ‘Hunt, Gather, Parent: What Ancient Cultures Can Teach Us About the Lost Art of Raising Happy, Helpful Little Humans’

No culture has the perfect parenting philosophy, but every culture can learn something from others. In the recently-published book, Hunt, Gather, Parent, author Michaeleen Doucleff is flummoxed by her boisterous 3-year-old daughter and decides to leave her home in San Francisco, arguably the most connected, technology-dependent place in the world, to search for parenting advice from people in less online places, such as the Inuits in the Arctic, the Mayans in Yucatan, Mexico, and the Hadza tribe in Northern Tanzania.

The book explores techniques that parents in these cultures use to raise their children and offers practical advice and exercises that readers can use to implement these techniques in their own parenting journeys.

Hunt, Gather, Parent is a great read for those who are curious about the wide world of parenting and interested in different methods for achieving their parenting goals. These aren’t magical, fool-proof methods, and some may not even be new to some readers, at least in theory. But Doucleff’s book gives readers a different perspective on how people in other regions of the world deal with universal child-rearing problems.

In an interview with Thrive, Doucleff says that one of the main ideas she wanted readers to get is that they should have an open mind about how to achieve their parenting goals.

“If you’re struggling because the advice you hear doesn’t work, just know there are other ways of doing things that are likely to be more effective,” Doucleff said. “Parenting advice in books and blogs tend to say there is ‘one way to do it’ and I thought this was the best because they had studies and experts. But there’s no perfect way. One researcher I spoke to said, ‘It’s easier to go to Mars than to show which parenting techniques work.”

How the Mayans Teach Their Children How to Be More Cooperative

One major difference Doucleff noticed between the cultures she visited and the typical American parenting style is how Americans place a big focus on independence, whereas the Mayas, for example, tend to involve children in more activities around the home. Paradoxically, however, Doucleff says that Mayan children tend to be more independent than American children.

“There is a constant push to make children do things by themselves In America,” Doucleff said. “American parents have an incredible need and want for children to be independent. But if you look at American children, they are not independent and parents have enormous control. In other cultures, parents want kids to work together with them and kids have a natural need to be with other people. Humans are naturally cooperative creatures and it starts very young, so children naturally want to help out. Most families around the world harness that and they involve the kids in work they do.”

That’s what Mayan parents do, according to Hunt, Gather, Parent. Instead of using a reward system to motivate children to do chores, Mayan parents who spoke to Doucleff and other researchers said they involve their children in various household duties from an early age, which makes them feel like they are part of a unit working together to maintain the home and provide for each other.

When asked why they help around the house so effortlessly, one Mayan child said: “Well, I live here. Therefore, I should help.”

That feeling of being part of the family “team” is critical. And it might seem like simple common sense. However, the American/Western style of parenting tends to focus on child-centered activities, sometimes educational and sometimes merely for entertainment, which Doucleff says demotivates the child by making them feel less part of the team. They might look happy watching cartoons on their own, but that time alone could be spent with their parents, doing what their parents do, and learning how to do things around the house, whether it’s a household chore or other activity that isn’t too obviously advanced. Even complicated things like fixing a car can involve a child – passing a wrench for example. The point is to involve the child and make them feel like they are helpful and part of the unit.

After learning the importance of this concept from Mayan parents in the Yucatan, Doucleff writes about how she implemented the tactic with her daughter, Rosie.

First, she eliminated child-centered activities from her daughter’s schedule and replaced them with activities the family can do as a unit. For example, spending an afternoon on a family hike instead of at a play center. Doing things together, with everyone equally involved, makes the child feel more like an equal part of the family unit.

“If a kid has child-centered activities all the time – activities that are just for them – they will never have time to learn to be cooperative,” Douclef told Thrive. “Doing things like cleaning and cooking with their family, these are skills. These aren’t just things you put a chore chart up and say, ‘Go do it, kid.’ These are things parents around the world teach over time. Cooperation is a skill. Cooking, cleaning, and yardwork are all skills. So you have to make time for learning these things, just as much as you have to make time for learning to play the violin or learning to read.”

Second, Doucleff changed the way she thought about her daughter’s “zest to help.”

In the book, Doucleff writes: “Even if she made a huge mess, broke something, or came over and grabbed a utensil from my hand, I’d remind myself, She is trying to help but doesn’t know how. I would step back, let her perform the tasks as she wanted to, and try to minimize instructions or comments. And I would encourage any interest in doing chores, even when it seemed like she was only playing or joking around.”

Third, Douclef gave as much autonomy to her daughter as she could.

Although she maintained supervision, it was important for Rosie to try it on her own and make her own mistakes. However, any “corrections” weren’t done forcefully. One aspect of the Mayan parenting style is to let the child try and then show them how to do it without explicitly telling them what they did was wrong.

According to Doucleff, a Mayan mother might say, “That’s one way to do it,” when their child, for example,  makes a tortilla too thick or misshapen. “Here’s another way,” the mother might then say before showing her child how it should be done.

The effect is that the child is still encouraged to keep trying and participate, instead of feeling a sense of reprimand, which would blunt the natural urge to help.

“Children want to contribute, but sometimes they just don’t know how,” Doucleff said. “But we should encourage that urge instead of pouring cold water on it. And over time, the child will be more and more helpful.

Lessons from Around the World

The book also covers topics that are of growing importance in the United States, such as how to deal with anxiety and how to sleep better – problems that are affecting children at alarmingly increasing rates.

And to help the reader, Doucleff provides ideas and examples parents can try at home to implement these philosophies in a way that fits the common American household.

Hunt, Gather, Parent is a great book that allows the reader to gain a different perspective on everyday parenting concerns while learning about how they are dealt with in other cultures.

Back to Thrive Posts

Back to Thrive Posts
Scroll To Top